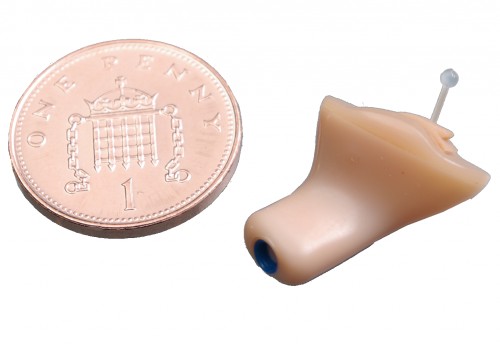 Inductive loop systems are a very simple sort of short range wireless communications system which  in the context of this article are used for covert radio communications. It eliminates any visible  wiring to the users ear and earpiece.

Inductive loops are also commonly used in public places such as Cinemas, Theatres, Post office counters, Banks and many public places to enable users of hearing aids to hear the voice of the actors or counter staff. Both systems are usually compatible so a hearing aid could be used with a radios loop system and public loops can be used with covert earpieces.

The system is one-way, sending audio from the loop to the covert earpiece (or hearing aid).  They all use the same compatible non propriety technology (with the exception of the Phonak system mentioned below.)

The inductive loops generates are short range magnetic field. This is picked up by the earpiece which needs to be within or very close to the loop.

The Loop
The loop is a simple loop of wire connected to the speaker output of the radio (Or PA system in a cinema. For radio use the loop is worn around the neck under clothing. For a Cinema the loop is hidden around the room.

Range
Anyone who has played with magnets will be aware how their influence declines rapidly over very short distances. The same is true of loop systems. The earpiece needs to be very close to the loop, ideally inside the loop for maximum volume. This is why the loop is commonly worn around the neck. Wildtalk does have a waist worn loop system available where dress codes prevent neck loops.

Interference
Loop systems are typically immune to interference because not many items generate magnetic fields and because of the short range of magnetic fields outlined above. Users report trains and lifts where there are many electric motors are sometimes cause buzzing and whines. For most users this will not be an issue.

If your communications is critical then we can supply the Phonak Profilo loop system. This uses coding of the magnetic field such that the earpiece will only respond to this correctly coded signal and be silent to interference. Profilo is resistant to interference and will not pick up public loop systems. Also a hearing aid user stood near a Profilo user will not hear radio communications of the Profilo user.

Mic and Transmit
As mentioned previously loop systems are a one-way system. The user of a radio loop system will still need a Mic and transmit button if they wish to transmit with their radio.

Most radio loop earpieces will have a Mic and PTT often on separate cables so the whole loop harness can be worn covertly, for example with the transmit button threaded through into the pocket of you 5.11 Tactical Stryke trousers and the Mic hidden under the shirt collar. 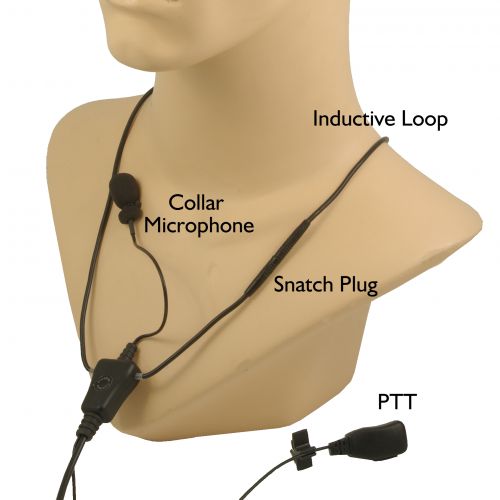 Custom Solutions
Aside from the loop products listed on our website we can build custom solutions. This is an example of a waterproof speaker Mic with loop for a hard of hearing sailor. 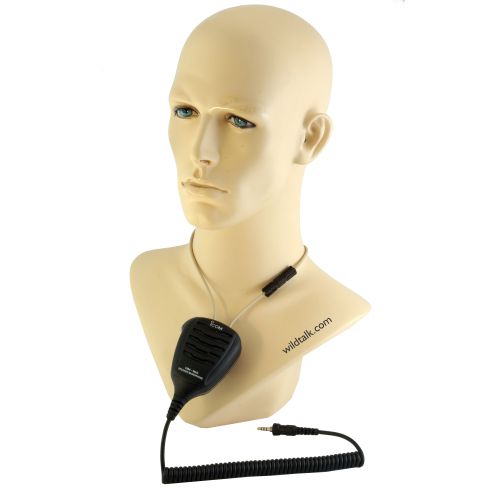