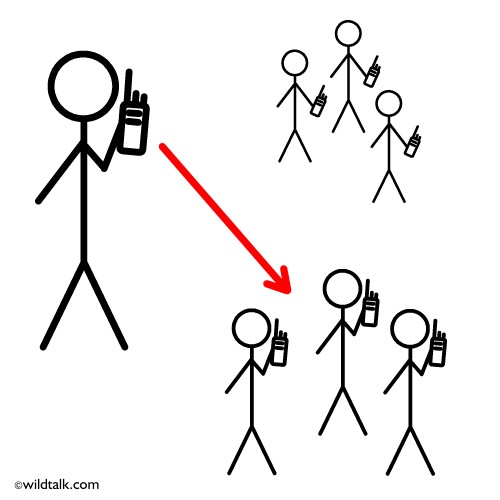 A Group call will only be heard by some (not all) of the radios in the system.

For instance a 'Group' may be all Maintenance Staff and another group may be all Security Staff. i.e. those users that need to regularly talk amongst themselves rather than to every radio in the system.

Group calls are especially useful where there are a large number of radios. Group calls keep radios much quieter than if they had to listen to all the radio traffic on the whole radio system.

Group calling is a standard feature of all models of digital radios.

Group Calling is one of a suite of the Selective Calling features.